Established in 1892 in the United States, Hamilton planted its roots in Lancaster, Pennsylvania, the site of the original Hamilton factory. Hamilton first made its name during the early days of the American railroads. As the country built its crucial infrastructure, Hamilton began supplying accurate watches that were credited with helping to prevent and reduce accidents by synchronizing timing on the rails.

Since 1974, Hamilton has been a part of the Swatch Group and, in 2003, their headquarters and production were moved to the center of watchmaking country in Biel, Switzerland. Hamilton watches now have the prestigious Swiss made label, but Hamilton is still American at heart, just as it was when it was first established in 1892. Hamilton’s long history and its achievement of numerous milestones, have contributed to making Hamilton the strong, internationally renowned watch brand it is today. 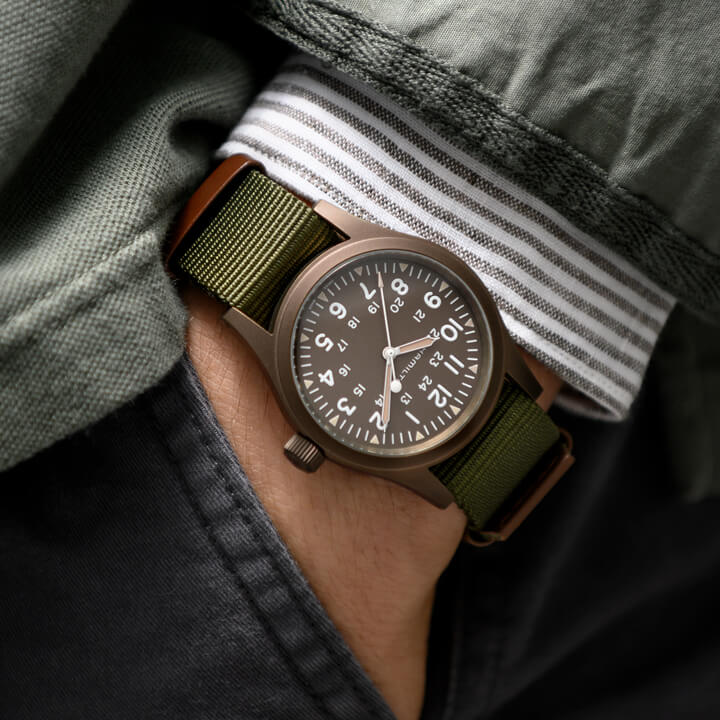 On our website, we use services (including from third-party providers) that help us to improve our online presence. The following categories of cookies are used by us and can be managed in the cookie settings. We need your consent before being able to use these services. Alternatively, you may click to refuse to consent, or access more detailed information and change your preferences before consenting. Your preferences will apply to this website only. You can change your preferences at any time by clearing your browser history/cache or visiting our privacy policy page.

By authorizing third-party services, you allow the placement and the reading of cookies and the use of tracking technologies required to keep our website reliable and secure.

Review and set your consent preferences for each partner below. Expand each partner list item for more information to help make your choice. Some personal data is processed without your consent, but you have the right to object.

You can find out more about which cookies we are using or switch them off in settings.