Umberto Cazzola, first of the Cazzola’s dynasty of jewellers, opened his first goldsmith’s workshop with about 20 employees in 1929, eventually passing on his innovative, pioneering approach to his son Odino. After the Second World War, the workshop turned into a cutting-edge factory thanks to the strong economic growth. Odino invested in modern technologies that led him to develop revolutionary products, such as the flexible metal straps which remain the core of the production until the 1960s.

In 1948 FOPE presented FICM, an acronym for Italian factory metal strap, at Vicenza fair for the very first time. They were the first company to make these products, original both in manufacture and design. These straps caught the attention of leading Swiss watch makers who demanded very high standards and FOPE, thanks to craftsmanship and innovative technologies, became the leading supplier in Italy. At the end of the 1960s Odino changed the company name from FICM to FOPE which translates into Factory of Jewellery Precious Export. When the third generation joined the family firm, FOPE poured its vast wealth of expertise into making its own gold jewellery collections. In 1985 it created the Novecento mesh, today the true brand’s icon, shaping it into many different designs.

Inspired by its provenance and by the values that have always steered the company strategies, in 2019 FOPE presents a huge restyling project. These changes mark the 90th anniversary of the company, a fantastic achievement for a company that has always been owned by the same family and has grown in time thanks to leading distinctive jewellery collections. 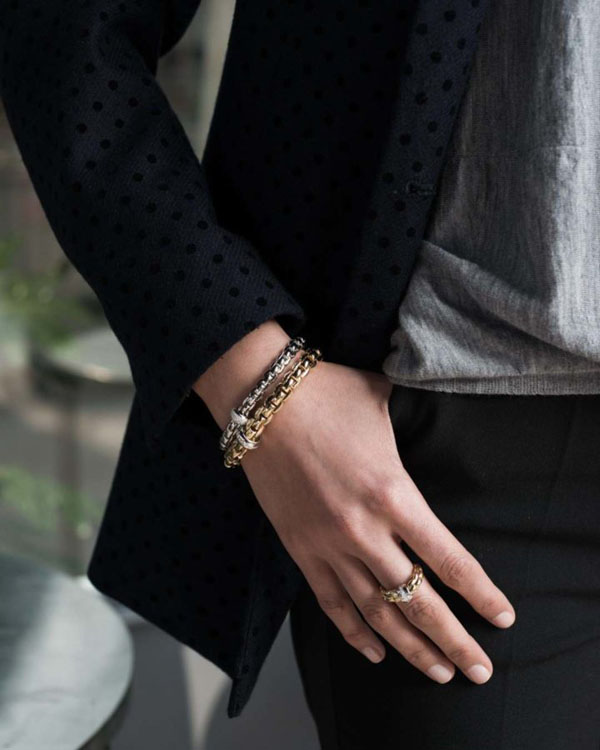